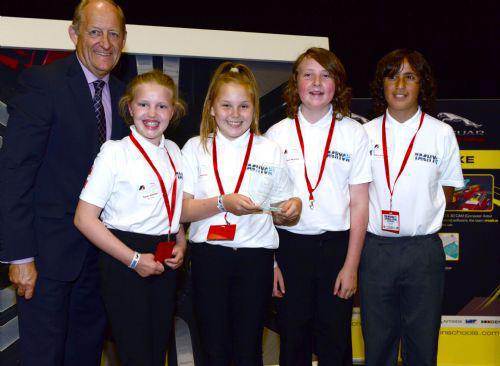 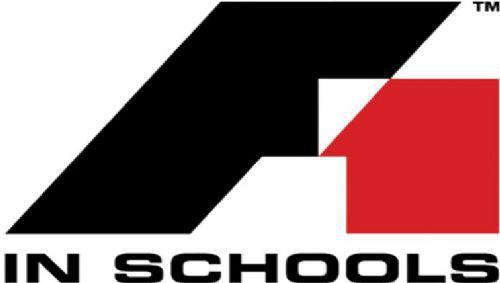 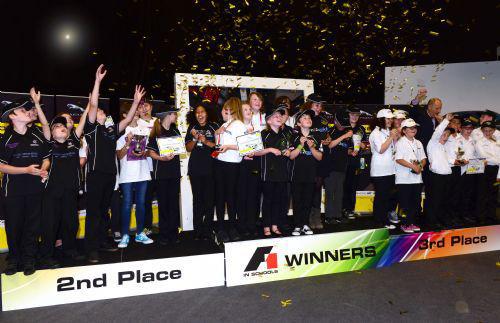 What an event .... what an achievement!

Huge congratulations to our very own team 'Tachyon', who went to the National finals in Coventry recently as North Wales regional winners and came home with the title of overall 'British Champions'!

Issy Langford, Daisy Brett, Levent Gundogan and Ellis Payne made up the team and the success of Tachyon is purely down to their hard work and dedication.

There were 27 teams competing in the 2D catergory this year, these included previous British Champions and some very high quality teams who had taken part in this competition previously.

As newcomers to the 2D event, we weren't quite sure what we would be up against but went there, fully prepared, to do our best,,,, and we did!

The teams were once again judged in six categories:

It was a long tough day!

We were awarded 'Best Engineered Car' 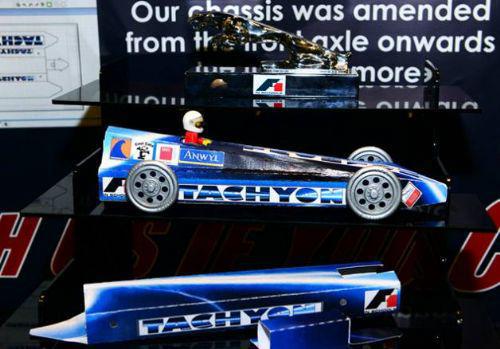 and were thrilled to be announced as 'Best Overall Team' Making us UK 2D British Champions!

It was a fantastic moment for the children and they were lucky enough to share it with not only their parents, but with Mr Jones and Mr Dunn, Governors, and of course Mr Cannon - (our very own F1 in schools enthusiast) who all made the journey to Coventry with us.

This means that we are the only school in the UK to have been both the 3D and 2D British Champions, which is, for us here at YBH, a fantastic achievement.

Hundreds of schools take part in this National competition, taking their teams to Regional Finals all over Great Britain, with the top two teams from the Regions competing at the National Finals.  So to achieve what we have is fantastic for us  and is an absolute credit to our pupils who have given their all to this STEM project.


On the day it was Welsh teams who dominated the awards... take a look at the EESW link below to read more about it.
http://www.stemcymru.org.uk/welsh-takeover-at-the-f1-in-schools-jaguar-2d-primary-school-challenge-national-final-2014/

Part of our prize was to attend Silverstone as VIP guests to see behind the scenes on the Thursday before the British Grand Prix.
The team set off at 6am and made the journey to Silverstone. They were greeted by Andrew Denford, founder of F1 in schools,  and enjoyed an amazing day mixing in the world of the real F1! They were given a tour of the Redbull Garage/Pit (top secret!) and were lucky enough to meet several F1 drivers.

It was an amazing experience, and a fantastic end to our F1 in schools journey.

John Hughes, from EESW said 'Ysgol Bryn Hedydd have been a show case for Wales in achieving success throughout the UK. The Rhyl school have competed against many hundreds of primary schools and proved to be the best in terms of the F1 challenge. Not only have the school produced the fastest car, they have had to exhibit a huge portfolio of support work as well as present to teams of specialised judges. The cross curricula experiences have been superb. What an opportunity for the pupils of Ysgol Bryn Hedydd!'

May I take this opportunity to thank our sponsors for their encouragement and support during this project, without them we wouldn't have been able to compete at such a high level.

A big thanks must also go to Mr Jim Jones, Governor, who has given up his time to transport and supported us through not only Tachyon's journey, but who also took on the role of a judge on our Y6 F1 day earlier in the school year. Thank you Mr Jones.

It has been an honour and a complete pleasure working on this year's project with such a lovely, bright, enthusiastic and talented group of pupils.  They deserve the success that Coventry brought and i'm extremely proud of them all.

Please scroll down the page to view the videos that follow our F1 year.